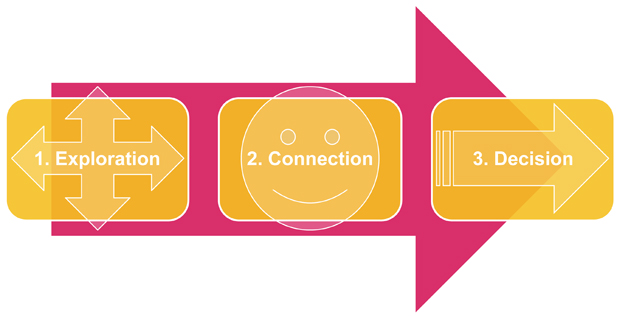 How student leaders choose where to work: Introduction

If you asked many new grads how they chose which employer to start their careers with, they’d probably tell you that they waited until the last minute (i.e., April) and frantically applied to any employer that was hiring for roles they were somewhat qualified for.

As we’ve discovered through our award-winning Student Voice initiative, which appears in Metro every Wednesday, some of them apply to hundreds of jobs with no response from employers. They feel desperate and panicked. As students, they were probably Unreachables and some of them may just be unlucky High Potentials.

These are not the students employers compete for every autumn, though. Campus recruitment season revolves around Engaged Leaders.

For more in-depth information on the terms Engaged Leaders, High Potentials and Unreachables, please read The 3 Types Of Students And How They Approach Their Careers.

After interviewing some of Canada’s top student leaders this fall, most of whom fall into the Engaged Leaders category, we noticed a pattern in how they choose one employer over another for internships, co-ops, summer jobs and, in particular, entry level jobs:

Engaged Leaders are in control of their careers from as early or first or second year. They readily seek out interaction with employers, and they’re constantly scrutinizing your employer brand, career opportunities, perks and people, both online and on-campus. I say “scrutinizing” because these students know they have choice – many of them started or likely will start their final year of university with multiple offers from top employers.

They know they are in demand and that they can afford to be picky.

What they don’t always know, however, is exactly what they want they want to do with their lives:

“As I’m still fairly unsure as to what I want to do long term, I believe consulting will give me the exposure to different industries that will make it easier for me to decide down the road.”
—Fourth-year HBA student
Richard Ivey School of Business, Western University

“To be completely honest, I still don’t know what I want to do.”
—Fourth-year BComm student
Desautels Faculty of Management, McGill University

Even as fourth-year students, many of them are weighing a number of different career paths, such as marketing, consulting, human resources, accounting and finance, and even law. Students who were primarily interested in accounting and marketing tended to be more decided, while students who were interested in consulting and law tended to be very undecided.

What do they want to do?

Accounting/Finance
…because they have strong quantitative/mathematical skills, and view accounting/financial services as a safe, long-term career.
Consulting
…because they don’t really know what they want to do yet. They believe consulting will expose them to a number of different industries and career paths, and help them choose their true career somewhere down the road. Plus, they view it as a prestigious and lucrative option.
Marketing
…because they want to manage high-profile brands and have the opportunity to be creative while working in a collaborative environment.
Human Resources
…because they like working with people and they believe a career in HR will offer the flexibility to work in different industries.
Law
…because they love to debate and some are interested in careers in policy/politics (even some engineering students!).

What top students aren’t looking for

“But wait,” you’re probably thinking – “you said these students are supposed to be in control of their careers!” I don’t blame you. We were really surprised too, and these responses from student leaders across the country are actually what inspired our 3 types of students framework. As it turns out, students’ programs and majors sometimes (often) have nothing to do with where they’ll end up career-wise, but these Engaged Leaders have a much better idea of where they might go (and, more importantly, how they might get there) than High Potentials and Unreachables.

The bottom line is: student leaders do not search for a role to apply to in the same way that a more experienced candidate might. Engaged Leaders explore general/fuzzy/blurry career areas and the employers that operate in them, and then it’s ultimately the connection they develop with a single employer and its people that helps them make their decision.

At the end of the day, the job title, department, responsibilities, duties, etc., play virtually no role in how an Engaged Leader chooses between you and your competitors.

Therefore, if you’re relying primarily on your jobs to sell your employer brand to top student leaders, you’re probably missing out on most of them!

Next in this series:

Discussion: Does it matter to you that most Engaged Leaders are undecided in terms of which career path they want to pursue? How would that information affect your selection of otherwise amazing candidates?

The 3 types of students and how they approach their careers

How to become a campus recruiting leader in 2013