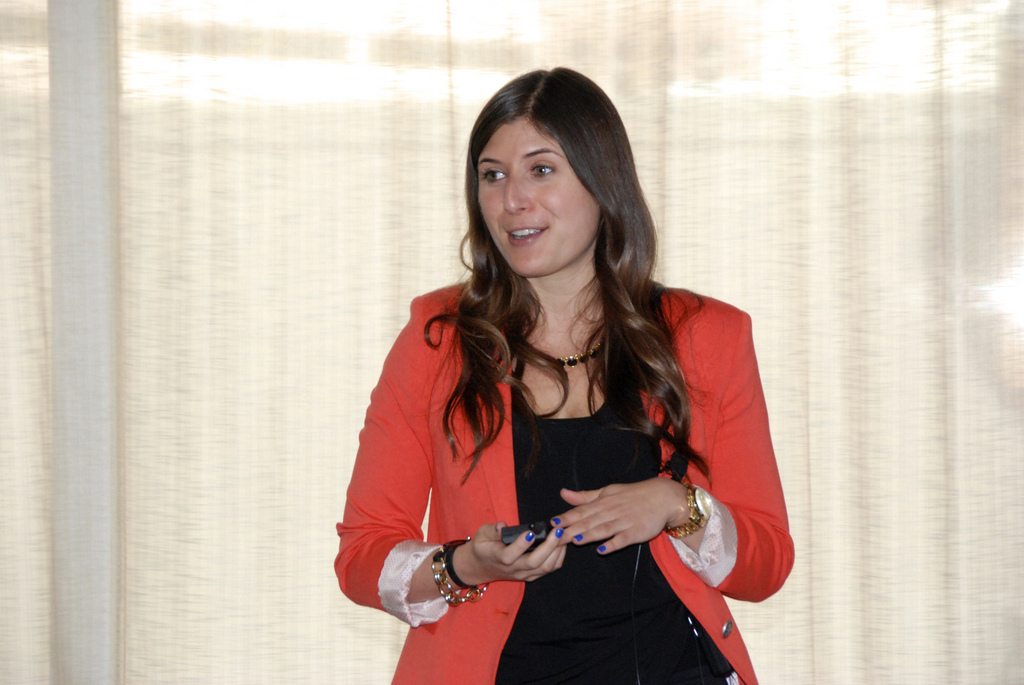 What’s a great way to hire the most enthusiastic talent out there? The social interview.

That’s what Alanna Glicksman, Digital Marketing and Community Manager at MasterCard, explained to the crowd at the 2013 TalentEgg National Campus Recruitment Excellence Awards and Conference.

In the second year of their social interview campaign, MasterCard changed their primary question – “Why do you want to work at MasterCard?” – to instead ask candidates to share their solutions to a challenge posed by an increasingly cash-less society.

The MasterCard #internswanted social interview campaign engaged some of the best of Gen Y. Here’s how.

1. Social interviews and their online campaigns can encourage candidate enthusiasm for the application process as well as for your company:

Getting applicants to post answers to social interview questions online contributes to the growth of an enthusiastic brand following, both online and offline.

Having applicants participate in a social interview as part of an online campaign encouraged them to explore the company and the campaign further, developing their engagement with MasterCard.

The social interview kept things quick and engaging by using QR codes, shortened URLs and ads on TalentEgg to direct students to a Facebook page that they needed to “like” to receive application information. Applicants then had to upload a resume, cover letter and link to a creative submission via LinkedIn.

2. Social interviews can do some pre-screening work for you:

MasterCard’s social interview helped the brand assess candidates for potential fit based on their answers to the question posed online.

The online method of connecting with students gave MasterCard the opportunity to communicate with potential interns in a channel that they were already using on a regular basis – meaning that answers were more likely to be genuine and engaged.

In order to make the campaign as socially engaging as possible, MasterCard required candidates to follow them on Twitter in order to be eligible for an interview.

Interview invitations were then sent via direct message. MasterCard had 324 applicants to their internship opportunities and therefore gained 324 more followers on Twitter.

4. Add incentives to the social interview and you’ll learn who the most enthusiastic applicants are:

MasterCard added a wildcard poll to their application process. Answering the poll gave applicants an extra chance at having their name selected for an interview.

This process not only gave MasterCard more user feedback, it helped them identify the candidates who were most enthusiastic about joining the Mastercard team.

What other techniques did Mastercard use to find their interns?

Alanna noted that it’s important to not rely solely on online applications. Bringing in an offline component to find out what the applicant is like on a personal level is an effective way to get to know them, too.

Including a case presentation in the hiring process gave MasterCard a chance to observe how the candidates presented material, as well as how they used critical thinking skills to explore their assigned topics.

“When you’re on your own, that’s when you really shine,” Alanna said.

After interviews, interns were hired for various business units within MasterCard.

Only 6 interns were hired out of the 300+ applications.

Alanna said that during the hiring process they found an enormous amount of brand affinity among the applicants and they saw an outstanding amount of people wanting to learn.

“Knowing that they are willing to go the extra mile is impressive,” Alanna said.

MasterCard’s social interview campaign proved that going that extra mile will make really great applicants stand out from the crowd, making it easier to hire a crew of interns dedicated to facilitating a top-notch client experience.

3 Ways To Enhance The Experience Of Your Interns